LITOCLEAN receives an award from the jury in the Aquaconsoil

The organisation of the congress rewarded the poster about Natàlia Blázquez Pallí’s industrial doctoral study.

The main objective of the session was to solve questions and to guide the assistants through the procedures to follow.

The Basque Government offers grants to companies to environmental protection

Amongst the benefits, there are the ones related to investigation and remediation of contaminated soil and the elaboration of the Baseline Report.

LITOCLEAN shares its knowledge on the seminars about contaminated soil

Experts from LITOCLEAN have took part in many sessions, presenting themes of the audience’s interests and even moderating one of them. 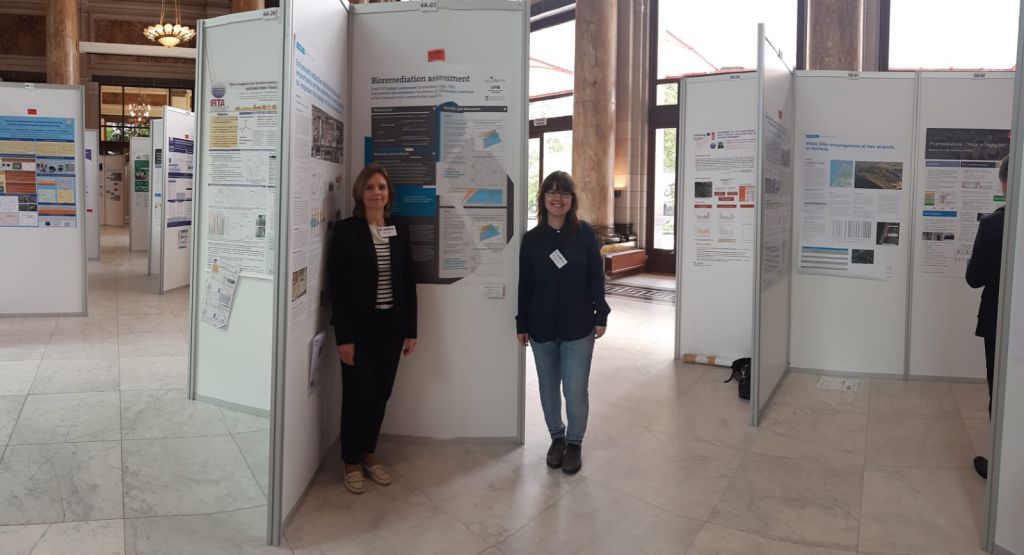 The 15th edition of Aquaconsoil took place between May 20th to 24th in Antwerp (Belgium) and LITOCLEAN did not miss the meeting. This is one of the most important congresses on the sector, about the sustainable use of the soil and the management of its resources, sediments and water.

In this event, LITOCLEAN presented two projects elaborated within the program of the industrial doctoral studies that are mentored and directed by the company, in collaboration with many universities.

One of them was a poster about the scientific investigation conducted by the UAB’s doctoral candidate Natàlia Blázquez Pallí: Dual C-Cl isotopic assessment to elucidate origin, fate, and potential bioremediation treatment of chlorinated methanes at two industrial multi-contaminated aquifers. This work was recognized with the first prize of doctoral students posters, after the jury revised one by one the works from all of the participants and heard theirs author’s explanations. The poster’s clear and intelligible design and explanation, added to the convincing defence on the part of Natàlia Blázquez Pallí was worth the prize to “the best poster on the congress”.

LITOCLEAN’s doctoral student also gave the lecture “Enhanced anaerobic bioremediation of a site contaminated with chlorinated ethenes: from lab studies to full-scale implementation”, which was a great success amongst the participants.

On the present edition of Aquaconsoil, different countries in Europe were represented, as well as the United States, Brazil and China, among others, consequently confirming itself as a prestigious event in an international scale. Sonia Baluk, responsible of the risk analysis department, represented LITOCLEAN as one of the most renowned companies in the sector in Spain. Therefore, she had the opportunity to interchange ideas with attendees from different scopes, from suppliers and members of engineering companies, to academic entity members, inspection agencies or benchmark institutions of great international prestige.

LITOCLEAN, with its presence on this kind of events, keeps and strengthen its bet to be on the forefront, with a continuous actualization, both in learning and application of new technologies and in knowing the challenges the sector proposes.