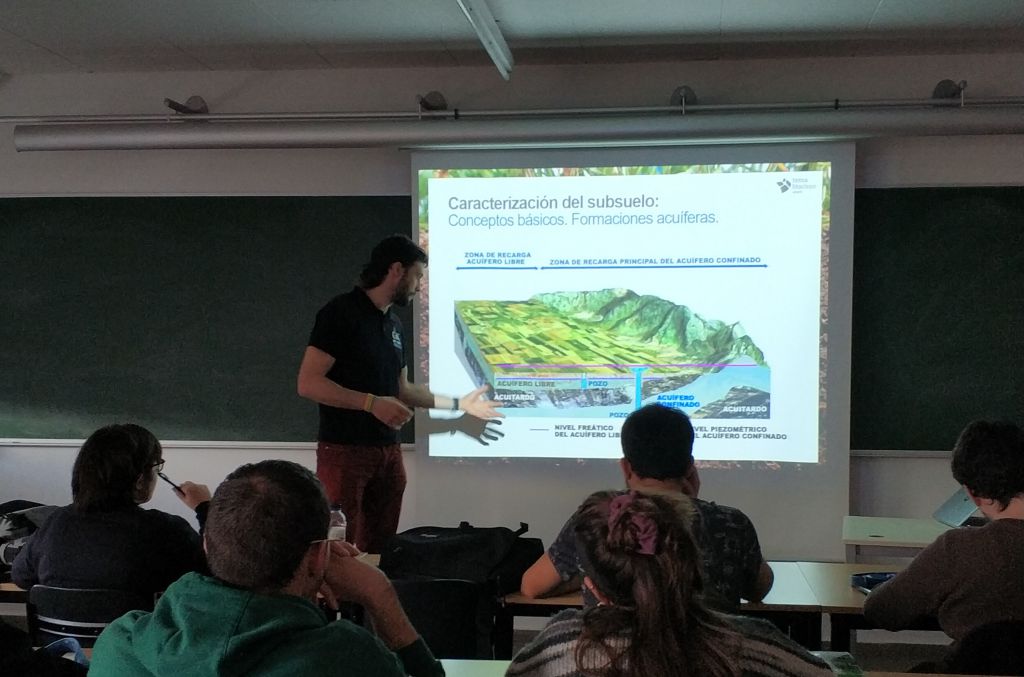 The bond business-university is very important for both parts. At one hand, it approaches the theoretical formation to the daily reality, at the other, it connects companies to the world of academic investigation, and some of them could be, later, applied to its labours.

LITOCLEAN bets for this linkage and strenghtens it throug actions like the seminar about the role of Geochemistry in the investigation and remediation of the soil. It was given to the fourth grade students of the Geology graduation course at Autonomous University of Barcelona.

In this workshop, that was part of the elective course of Environmental Geochemistry, Sergi López, Project Manager at LITOCLEAN, explained to the Students basic Hidrogeology concepts and delivered an introduction to the commonest contaminants in the projects developed within the Company, and which are their consequences to the underground. He also exposed the different stages of the contaminated soils and groundwater projects.

The first topic was the site characterization. Sergi explained about the evaluation of the available previous information, the indirect and direct methods of investigation, the regulation standards, the Quantitative Risk Analysis and the resultants remediation propositions. The second theme of discussion was the remediation, when he talked about aspects related to the different existing technologies, making an special emphasis to the ones which are most frequently used by LITOCLEAN.

Furthermore, López exposed real case as examples of all the theory that was previously explained. A round table was set, in which the students have actively participated. Their doubts were solved and a debate was created around their impressions.